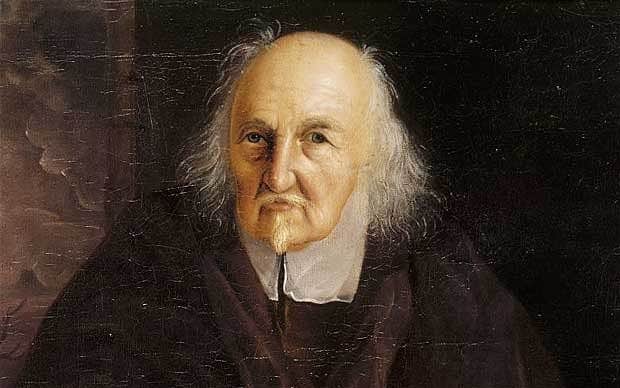 Cultural Relativism: “The position according to which local cultural traditions (including religious, political, and legal practices) properly determine the existence and scope of civil and political rights enjoyed by individuals in a given society” (Teson in Hayden, 2001, p -380).

Universalism: Aristotle, and later Kant, laid the foundations for moral behaviour as a universal law. Eudaimonia could be translated from the ancient Greek to mean ‘good spirit’, and human beings living in good spirit with each other forms a divinely inspired universal law for Aristotle (Kraut, 2017). For Kant, it was a categorical imperative (Hayden, 2001, p – 109).

Human Rights, as an academic study, and as tangible legal and civil rights for people across multiple global nations, is and are, evolving. Since 1948, with the adoption of the Universal Declaration of Human Rights (UDHR) by the United Nations General Assembly, those rights have a firmer footing in law and practice. The core qualification of universality, has, however, repeatedly hit the speed bumps of cultural relativism on its journey from then to now. Cultural relativism maintains that as human beings, we are not all alike in key areas, which impact upon the notion of human rights in theory and practice (Panikkar, 1982, p-75). One size does not fit all, when it comes to the rights and responsibilities of people living in different cultures and under different regimes, according to those who dissent under the banner of cultural relativism.

The Dichotomy Between the Individual & the Community

A relevant issue is the dichotomy between the individual and the community, between individual rights and collective rights (Nagengast, 1998)? This schism, elegantly, encapsulates the major difference between western culture and eastern culture. The western identity has, evolved, to transcend familial patriarchal structures, which empower the concept of the individual as predominant over family and community relationships. In the east, those family structures remain in the ascendancy over individual identities, especially as they impact civil rights and responsibilities within communities and nation states.  Hobbes and Locke, Burke and Bentham, Rousseau and Kant, all had parts to play in the development of the western zeitgeist, which became The Enlightenment (Forsythe, 2012). The Enlightenment is a fundamental contributor to the evolution of western thinking and its conception of universal human rights.

A significant section of those who raise cultural relativism as an argument against the universality of the rights defined within the UDHR, do so on the basis that they reject its western philosophical underpinnings (Kabasakal Arat, 2006). The core argument is that no universal standard of morality exists, which is transcultural (Teson in Hayden, 2001, p -380).  The Cairo Declaration on Human Rights in Islam from the Organisation of the Islamic Conference, was adopted in 1990 by its member states (CDHRI, 1990). This provided a collective response to the UDHR from the Islamic world, outlining how the UDHR failed to respect Islamic law and attempting to clarify its own position on human rights. They reject the idea that it is only through secularism that human rights can be at the forefront of a society’s concerns. Islam, as an Abrahamic monotheistic religion, collectively rejects the western hegemony over human rights. Muslims make-up the second largest religious group on Earth, as adjudged by numbers of adherents. Although, the theocracies in countries like Saudi Arabia, Iran and Yemen, differ in relation to the application of Sharia law to the Muslim majority states, such as Algeria, Nigeria, Malaysia, Indonesia, Pakistan, Bangladesh, Afghanistan, Turkey, Egypt, Iraq, Oman, and Qatar (Shaykh Muhammad Hisham Kabbani, 2017). All Muslims, however, recognise the sanctity of the Quran, and this is their defining authority over matters of human rights and responsibilities. The Quran, as a seventh century Arabic text, features traditional attitudes about the roles of men and women (Quran, 4: 34). In a modern twenty first century world, the Quran, and the Jewish and Christian Bibles, do not reflect well upon an era which is fast becoming identified with social diversity and pluralism.

Perhaps, the human rights Issue which highlights this issue of cultural relativism versus universalism most visibly is the veil, worn by many Islamic women to cover their faces. In its various forms, the hijab, chador and burqa, have captured the attention of the non-Islamic world and provoked reactions for decades and centuries.  Due to its gender-specific nature, it has western men and women voicing complaints about it, sometimes for different reasons. It has feminists challenging its appropriateness in today’s world, and being challenged by it, as well, on anthropological grounds. There is no specific mention in the Quran relating to the veil and women. Anthropologist, Lila Abu-Lughod, makes a number of well-argued points about the veil in its various forms and its cultural role in Islamic communities worldwide (2002). She identifies how it has been used by anti-Islamic interests, both historically and more recently, to symbolise the injustice of Muslim religious custom imposed upon its female adherents (p -785). The Bush regime invoking a ‘crusade’ like call for Christian women to “right these wrongs and enlighten this darkness by sacrifice and service” illustrates this well (p– 789).  Anthropologically, Abu-Lughod defends the veil, as culturally relatively appropriate, comparing it to western dress etiquette at formal occasions. She reminds westerners that many women living in traditional Islamic communities do not see the veil as a pressing issue in their lives.

Islamic culture is not the only culture claiming an exemption from parts of the UDHR, on the basis of cultural relativism. Donald Murray, in the discussion forum, refers to the “epistemic violence” experienced by previously colonised cultures (August 2017). Anti-colonialism is a powerful contemporary backlash against the ascendancy of western thought and culture. It exists in nearly all non-western countries that experienced the humiliating effects of colonialisation by European powers. Whether it be the African and Middle Eastern nation states, who were under the yoke of French and British colonial administrations, or South American and Asian countries under the rule of Spanish, Portuguese, Dutch, German and American regimes, their independent populations today, resent any inkling of patronising behaviour by western governments and academia. One could adjudge them as thin skinned, but that would fail to recognise the validity of their arguments about the hegemonic attitudes, language and culture displayed by many western institutions, nations and their representatives (de Sousa Santos, 2007, p -11). It is hard to deny, that we in the west, truly believe that we are superior to our eastern neighbours. We see ourselves as scientifically and culturally smarter; and the wealth of our nations as a measuring stick to prove this point.  Rorty identifies our feelings in the west of moral superiority, but does not see this superiority as “in favour of a universal human nature” (Rorty in Hayden, 2001, p -245). Rather, Rorty condemns cultural relativism as irrational, because it “denies the existence of morally relevant transcultural facts” (p -246). He does not believe in the “metaethics” position, as characterised by Plato and Aquinas, which justifies universal truths on the basis of moral correctness, but, rather upon the pragmatic proofs provided by history. It is pertinent to remember that positive international action on defining human rights was taken post-holocaust and that this historical event provided the catalytic imperative.

Tara Pollock, in the weekly discussion forum, made the important suggestion that “cultural pluralism (Freeman & Banda, 2008)” is, perhaps, the middle ground between the two extremes of universalism and cultural relativism (September 2017). Pollock refined her point to state, “Universalism is pursued in law, whereas cultural relativism remains in the home.” This position identifies the cultural realities of how we behave as members of ethnic and religious communities in contrast to the, perhaps, idealistically aspirational values held up to us as members of the human race by bodies like the UN. Mahima Dayal expressed similar sentiments in the forum, “It seems a utopian ideal” (August 2017). Pluralism, according to Diana Eck, “is not diversity alone, but the energetic engagement with diversity” (2006). She goes on to emphasise how important ‘dialogue’ is, in that engagement with those who differ from us. Dialogue involves both speaking and listening; it does not necessitate agreement between parties, however.  Panikkar states that we, as human beings, have “become aware of plurality”, but that this is not pluralism (pp – 10-11). Plurality is the barest recognition of difference, according to him, and perspective and relativity are required before we can truly embrace pluralism (p-11). Pluralism, in his view, “does not allow for a universal system”. Panikkar makes some good points, before he disappears in a cloud of metaphysical mumbo jumbo, in this reader’s opinion. Human rights are not best served by making the mental state necessary for them some mythic nirvana, but, perhaps, this is an example of my own disrespectful non-pluralistic western thinking. De Sousa Santos writes about the need for intercultural dialogues to overcome the existing “cultural imperialism” of the west (pp – 22-23). Panikkar coins the term “Diatopical hermeneutics” to refer to a new way of understanding the gap between cultures and how to approach the dialogue necessary between parties (Panikkar, 2017). As much as this reader regrets the invention and use of jargon in academia, there appears a very real need for a new language to usher in global thinking, beyond the small village mentality of the culturally bound traditional past.

It can be concluded that the discussion about human rights, universality and cultural relativism, is about voices. Voices being heard, and about a diversity of people having their voice heard in this discussion. As human beings, are we grown up enough to coexist with and respect the rights of people who may hold different views and values to our own? Can communities, who take their lead from ancient texts written millennia ago, step up to the level of interhuman relationship sophistication required in the twenty first century? Small village mentalities cannot cope with global realities, whether they be Christian, Judaic, Muslim, Buddhist or Hindu (Panikkar, 1990, p -7). Pluralism needs to come to the fore, and dialogues between individuals, groups and communities are urgently required in the local international spaces, if we are to avoid further violence and bloodshed.

Eck, Diana, “From Diversity to Pluralism”, in On Common Ground World Religions in America, (Cambridge, Massachusetts, 2006).