The Art of Blogging

Life on planet Earth emerged single celled some 4 billion years ago. Organic molecules formed under a blanket of hydrogen. RNA arose prior to the later evolution of DNA and the proteins necessary for catalysing life. The latest theory posits that an ancient cataclysm may have jump-started life on earth, perhaps a giant meteor struck the earth. This collision has delivered the precious metals, which are sown within the earth’s veneer, according to geologists. Water would have formed on the planet’s surface within some 50 million years of the fateful collision. Water to host the genesis of organic chemical reactions capable of the creation of RNA. Since that kicking off point, life on Gaia has come a long way and now boasts nearly 8 billion Homo sapiens. Although the COVID-19 coronavirus global pandemic is doing its best to trim that figure. The history of this planet is thick with brutal manifestations of violent stupidity in the form of armed conflicts and holocausts. It is clear, however, that in the face of this novel viral menace the world can no longer afford stupid people.

How Do We Define Stupidity?

How do we define stupidity among the genus Homo sapiens? “Let me count the ways.” A bog-standard dictionary tells us – “behaviour that shows a lack of good sense or judgement.” Its definition going on to state – “a comedy of infantile stupidity.” The much-maligned Wikipedia informs us that – “stupidity is a quality or state of being stupid, or an act or idea that exhibits properties of being stupid.”

In this example, we see the attractiveness of simplistic answers to complex problems or situations. Blaming other people for your own problems fits deftly into this pigeonhole. President Trump and Secretary of State Mike Pompeo banging on about China being the sole cause of the United States of America’s massive issues with the coronavirus pandemic is a keen example of this. Democracy is trumpeted as the greatest political system in the world in the 21C. It began in Ancient Greece in Athens in the sixth century BCE. The demos are the common people, the mob, and democratic leaders pander to the mob. Stupidity exists everywhere and especially flourishes within the mob. President Trump is facing an election for a second term as so-called leader of the free world and his comments must be seen in light of this. Can the world afford a leader pandering to a mob seeking simplistic answers to complex situations during this time of crisis?

Stupid is As Stupid Does

“The man whose whole life is spent in performing a few simple operations, of which the effects are perhaps always the same, or very nearly the same, has no occasion to exert his understanding or to exercise his invention in finding out expedients for removing difficulties which never occur. He naturally loses, therefore, the habit of such exertion, and generally becomes as stupid and ignorant as it is possible for a human creature to become.” Adam Smith

The ABC has reported a spike in racists attacks in Australia during the COVID-19 coronavirus pandemic. Chinese Australians have been spat on, physically and verbally attacked by denizens of this country wishing to vent their spleen upon easy targets. Stupid and ignorant people encouraged in all likelihood by the comments of politicians like Trump and Home Affairs minister Peter Dutton. Poor leaders who enjoy deflecting responsibility for serious problems onto unsuspecting foreign targets. The blame game is played with aplomb by those who pander to racist sections of their populace. In a democracy those who can avoid carrying the can for the bad stuff and make it someone or something else’s problem will thrive among stupid voters. Adam Smith in his quote above identifies an uncomfortable truth within populous democratic nations. Those who do not bother with much outside of their own lifestyles are ill-equipped to deal with crises and complex issues facing whole nations. Governments around the world employ teams of public relations experts whose job it is to ensure that what comes out of the mouths of ministers placates and panders to popular opinion. Re-electability sits atop the list of most important qualities that a politician must exhibit at all times. Can the world really afford these kinds of leaders during a crisis such as COVID-19?

Education is the answer to the premise that the world can no longer afford stupid people. I am talking about real education not merely technical training. Over the last 50 years, there has been a concerted shift away from educating the whole person toward narrow focused technical training at the tertiary level. Undergraduate students beginning a bachelor’s degree must do just two units which focus on the humanities – people. Understanding a complex and sophisticated world, where human rights are to the fore demands that all people be exposed to new learning about these issues. Tradition does not cut the mustard when it comes to progressing our way through a fairer and more equitable world. Pluralism, inclusion, tolerance, and the like are not generally taught very well at home. Poorly educated parents cannot be expected to inculcate their children with attitudes beyond their own experience and understanding.

Australia has been described as a nation born out of a brutal meritocracy, which was established via our history as a penal colony for Britain. The ‘she’ll be right mate’ ethos emerged as a result of this. The bar of public standards was set relatively low in this nation at its outset and it remains somewhat diminished on that basis. Australia has been ironically called the lucky country, originally by Donald Horne in 1964. Like many such things the irony has been lost among the mob and now is thought to refer to our rich veins of saleable minerals, our mainly white island enclave away from competing claims and our sunny prosperity. In this current climate of virus inspired crisis, the government in Australia is propping up certain defined sections of our economy. The casualisation of the workforce over the last three decades has not stopped all these members of our community being left high and dry. Ditto many of those involved in the Arts. These folks are not seen as essential parts of the Australian economy by the Morrison government and thus are not to be supported through this difficult time. Perhaps, we will see Australia returning to a state identified by Donald Horne, a place where philistines feel at home at the expense of anyone else.

“It is only because of their stupidity that they are able to be so sure of themselves.” Franz Kafka

Armed protesters taking to the streets in cities around the USA demanding that their world go back to normal and be reopened for business. In Michigan they shouted anti-government slogans and compared Gretchen Whitmer the state’s governor to Adolf Hitler. Militia groups strutted their stuff complete with automatic weapons held high. Trump was their guy and he wanted America to go back to work despite the climbing 80 000+ death toll from COVID-19. This is a country, which boasts vast inequalities of wealth with trillionaires and many millions of people living well below the poverty line existing together in parallel universes. The world can no longer afford stupid people and this virus is eliminating vulnerable sections of our population.

“You can make your superhero a psychopath, you can draw gut-splattering violence, and you can call it a ‘’graphic novel,” but comic books are still incredibly stupid.” Bill Watterson

Comic books used to be for kids and now we live in an age where adults regularly watch superhero movies. In this dumbed-down world, jam-packed with social media filled gossip and everybody peering into phone screens, a silent invisible killer has snuck up on the world. Where is superman? Where is spiderman, batman, wonder woman and all the other superheroes?  Oh, they are not real, bummer. Unfortunately, Trump is real, and he is not playing some demented villain on the screen of some superhero movie. The President is encouraging his citizens to inject disinfectant into their bodies because it might kill the COVID-19 infection.

“The more often a stupidity is repeated, the more it gets the appearance of wisdom.” Voltaire

The really dangerous thing about Trump as President is that we have all become accustomed to his stupidity. In the beginning, it was gob-smackingly unbelievable what came out of that man’s mouth. However, these days it is the new normal and as the world careens towards hell in a hand basket we do nothing but smile knowingly. Throughout this global crisis we have watched Trump daily making a complete ass (arse) of himself at press conferences. He is blaming China for the virus and making false claims about it being invented in a Chinese laboratory. Trump takes no responsibility for the plight of America and its unpreparedness to cope with this pandemic. In Australia we have lesser conservative politicians taking their lead from Trump in directing blame toward the Chinese. At a time when we all should be focused on fixing the problem and finding a vaccine stupid people are pointing the finger and playing the blame game. The world can no longer afford stupid people.

So, you want to write one of those moody police detective dramas seen on TV. Well, here are the secret ingredients necessary to make it happen. Firstly, you need two characters who will be the main protagonists in your riveting episodic series. These will be two of the most fucked up cops ever let loose […] 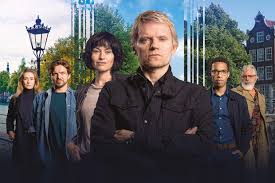 Wisdom Teeth Removal: Are There Any Alternatives?

The getting of wisdom traditionally comes with pain. No pain no gain. This is why we call these third molars wisdom teeth. A third set of teeth that come through around the age of 20. For the lucky few these four molars can be a useful asset but for many they are supernumerary and super […]

Indigenous AFL star, Adam Goodes, finds himself the victim of Australia’s very own Tall Poppy Syndrome (TPS). Aussie PM Tony Abbott guaranteed Goodes would fall victim to this curse by making Adam Austalian of the Year in 2014. Australians, generally, don’t like being told who to admire or appreciate, and when a currently playing footballer […]

The Art of Blogging

I want to make a confession first up, which is that I hate the word blog and all its extensions – blogging, blogger, blogged and blogs. Short for ‘web log’ apparently, blog, is an ugly word let’s face it. It sounds to me like a colloquial term fit for acts of defecation. Thus, the art […]