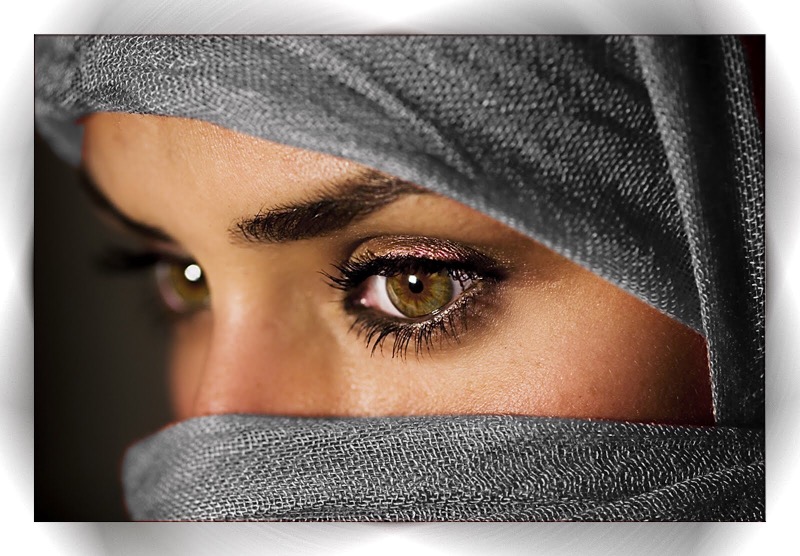 No religion ever lives up to its doctrines in the real world. Therefore, emphasising a study of a religion’s holy books, when examining its perspective on human rights is, in my view, missing the point. We do not live in a perfect world, whether it be Muslim or Christian, we live in a world made by flawed human beings. As Dalacoura eloquently states:

“respect or disrespect for human rights is a matter of political will and choice, not of a cultural authentic ‘essence’ which necessarily shapes and constrains societies”. (2007, p – 41)

There are positive attributes within Islamic societies regarding helping the poor among the faithful. The literature will sight Hadith, stories of the Prophet, about helping those less fortunate (https://insideislam.wisc.edu/2012/04/helping-others-a-core-principle-of-islam/, 2017). It is not, however, the intention of this essay to focus on the plenty, but on the lack, when it comes to human rights and Islam.

Religions Cannot Be Assessed Via Their Scriptures

It is naïve in the extreme, to think that any religion can be assessed via its scriptures, because there is no agreed standpoint on their application. There are hundreds and thousands, possibly millions, of different Islams in the minds of its believers (Ahmed, 2009, p – 294). Islamic nations do not agree on interpretations of Quranic law; there is no universal Islam

(An-Na’im, 2017, http://bit.ly/2AvglUZ ). The only true litmus test is available in the records of behaviour by regimes in the Islamic world (https://www.hrw.org/world-report/2017/country-chapters/iran, 2017). The largest spilt exists between Sunnis and Shiites, in regard to interpretations of sharia law. Much of the killing and mayhem going on in the Middle East, revolves around the worldly power struggle between these two Islamic factions. Their divide caused disputes over how sharia law was defined: the exact recipe of hadith; ijtihad; and ijma (Dalacoura, 2007, p – 43). Hadith: What the Prophet Muhammed said and did. Ijtihad: Independent reasoning. Ijma: Jury consensus. The schism itself was about succession and worldly power after Muhammed’s death in 632 CE.

‘Ambiguity’ is the order of the day, when it comes to religions, including Islam. There is always inexactness and openness to more than one interpretation, when considering textual references from the Quran. The Quran is a codex made up of Surahs, originally inscribed in Arabic by companions of Muhammed in the seventh century after his death. There was not complete agreement on the memorised texts, and, so, the Caliph Uthman created what is now referred to as Uthman’s codex (Warraq, 1995, pp – 108-109). Those familiar with the study of historiography will immediately be aware that these transitional phases have already rendered any claim to literal verbatim status as null and void. Next, the translation from Arabic to English, in this instance, forces another cultural gulf to be crossed by the inexact tools of words and languages. Playing the game of ‘what the Quran states’ is a waste of time and space, bringing no one closer to the truth. Everyone plays this game, however, when exploring Islam.

“Only God has rights, not people” in Islamic culture, and it is their submission to the will of God that is ultimately defining (Dalacoura, 2007, p – 43).  AK Brohi, a Muslim jurist and Pakistani Government Minister, views human rights in the west as ‘anthropocentric’, and in Islam as ‘theocentric’ (in Hassan, p – 52). There is a fundamental difference in their orientation. One could argue the righteousness of either standpoint and its ultimate help or hindrance for human culture. The Quran, ambiguously, emphasises the responsibility of the individual toward God, in his, or her, behaviour. The main distinctions in Islam occur between men and women, and the faithful and non-faithful. These are the sticky areas for human rights in the Quran. Islam is an authoritarian religion, as are all the Abrahamic religions at their core (Dawkins, 2006, p – 37). The Caliph holds a sacred trust to protect the “Islamic order” within his keep. It is his responsibility (there are no hers) to enforce Islamic law, and he is subject to that same law himself (Dalacoura, 2007, pp-44-45). In practice, however, rulers do not play by the book and, rather, ensure their own interests above all. Tyranny was regularly supported by the religious infrastructure from the time of Muhammed onwards and little has changed over the millennia. The non-democratic nature of Islam has been enshrined in the interpretations of the Quran and sharia law over centuries.

Women do not enjoy equality within traditional Islamic cultures. Husbands are entitled to use violence against them, divorce them without reason, take extra wives, and take custody of any children in any separation (Warraq, 1995, p-293). A woman can own property, inherit, and has contractual status in her marriage. The Quran does not mention their veiling, seclusion, or punishment by stoning for adultery; these are established traditions within the patriarchal Islamic societies. It does assert that “the testimony of two women is equal to one man’s” (Dalacoura, 2007, p – 56). Hadd punishments made under Islamic law are declared to be for crimes committed against God. These crimes include: Apostasy; illegal sexual intercourse; the consumption of alcohol; false accusations; and robbery. Chopping off the hands of thieves, remains a visible reminder of ancient brutalities at the heart of sharia law (Warraq, 1995, pp – 157-158).

The “Universal Islamic Declaration of Human Rights” (UIDHR), proclaimed in 1981 by the Islamic Council, claims Islam to be the first culture to accord human rights to its citizens, some fourteen centuries ago (Olayemi, 2015).  The UIDHR sets out a list of articles, which are highly ambiguous, in the great tradition of religious ambiguity. They affirm equality, freedom, and justice, but how these high-minded words balance with the reality of sharia law executed by various Islamic regimes in practice, remains contentious in the minds of intelligent observers (Dalacoura, 2007, p – 50). The nitty gritty problems of the inequality between genders in Islamic society and under sharia law are not addressed by the articles contained within this document; it is paper dressing designed to bolster the public self-esteem of these Islamic regimes. Real human rights protect the vulnerable within nations and communities, giving them tangible rights, not just charity. Islamic champions of their culture, like “Allamah Abu al-‘A’la Mawdudi, want to fit everyone neatly into the box carved by Muhammed fourteen hundred years ago. Women are designed by God to marry men and have children, according to the Quran. What about the women who do not aspire to this way of life? What are their rights in Islamic society? AK Brohi, echoes Mawdudi when he refers to the paradoxical situation of one’s rights and freedoms existing within one’s duties in Islamic society (in Hassan, p – 53). Basically, through total surrender, Qismat, one finds true freedom in Islam.

“’The Right to Life’ has been given to man only by Islam, according to Mawdudi. He erroneously draws attention to the UN failure to acknowledge “human beings were hunted down like animals in Australia and the land was cleared of the aborigines for the white man” (http://www.islam101.com/rights/hrM2.htm , 2017).  This Islamist philosopher from Pakistan (1903-1979) may be chronologically muddled in his historical interpretation, but he provides a populist Islamic perspective on human rights to consider. He criticises the west on its poor human right’s record historically, but these facts are used completely out of chronological context. The important point here, is that the west is evolving toward greater respect for human rights, which is what the UNDHR is all about, but traditional Islamic nations are resisting this evolution on the basis that they are a separate cultural entity (Sachedina, 2009, p – 34). Their contemporary record on human rights’ abuses does not match their rhetoric in the UIDHR (https://www.hrw.org/world-report/2017/country-chapters/saudi-arabia, 2017). As Hassan states, “For hundreds of years, Muslim masses have patiently endured the grinding poverty and oppression imposed on them by those in authority” (p-54).

Theocratic societies cannot award universal human rights to non-believers. Apostasy is punishable by death according to traditional Islam (Hassan, p – 61). This makes a truly pluralistic society a difficult thing to achieve, despite the rhetoric at sites like https://www.al-islam.org/islam-and-religious-pluralism-ayatullah-murtadha-mutahhari/introduction . Women’s rights and gender equality will not go quietly into the night in the twenty first century, it will, I suspect, be the tipping point for Islam. Sharia law will have to adapt, something it has been decidedly poor at over the centuries, or shelved entirely in favour of democracy and an independent judicial system. Religious and cultural beliefs are control mechanisms, which keep the masses in check. Who needs guns and soldiers when you are already inside their heads, having brain washed beliefs over generations into every Muslim, Jew or Christian? Human rights, like gender equality, are, however, tough weeds to eradicate from the garden, no matter how much Great Satan Roundup you use (http://www.aljazeera.com/indepth/opinion/2015/09/great-satan-150920072643884.html, 2015). Human rights and Islam remain contentious bedfellows.

Jaynes, Julian, The Origin of Consciousness in the Breakdown of the Bicameral Mind, (New York, 2000).

Josephus, Antiquities of the Jews.