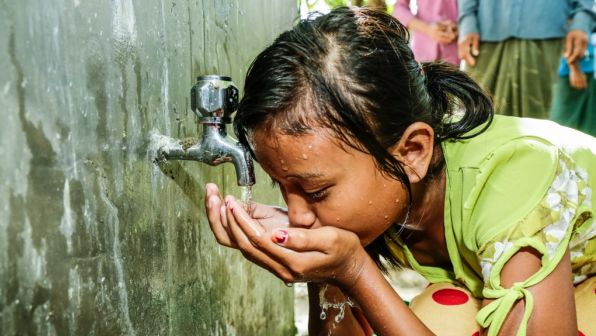 Examining the Human Security Approach to Human Rights in Development

“The world can never be at peace unless people have security in their daily lives…The search for human security lies in development, not in arms.” (UNDP, “An Agenda for the Social Summit”, 1994, p. 1)

The UNDP’s 1994 Human Development Report ultimately defined ‘human security’ as a new approach in the human rights and development field. It put sustainable development and human security together as optimal means and ends. The authors identified seven components of human security, which are: Economic, Food, Health, Environmental, Personal, Community, and Political (UNDP, 1994, pp. 24-25). Roland Paris describes ‘Human Security’ as a neologism, which lacks a stringent academic definition (Paris, 2001, p. 87). I would go further in noting that much of the study of human rights is dependent upon the invention of a new lexicon of terms to meet the demands of a far more sophisticated level of enquiry. The expansion of our understanding of security to encompass more than military or economic concerns is a new development in political and academic thinking. Post-Cold War influences have downplayed the previously paramount global concern with state security and we have seen a concomitant increase in the focus on individual rights on the world’s stage.  Effective human rights campaigning must endeavour to change the rules by which international policy making and governance are adjudged, or nothing will evolve for the better. Our words must adapt to cater for our new conceptions and to reflect our intent to take better care of our fellow human beings.

This expansion of what we define ‘security’ as involving in the 21C, is more important than mere semantics, it is opening the door to an understanding of our greater responsibilities. This is particularly integral in the area of international development, as the unfettered wheels of capitalism have both crushed and bypassed many individuals and communities in the name of economic development. The UN’s Commission on Human Security, as of 2009, defines human security as:

“…to protect the vital core of all human lives in ways that enhance human freedoms and human fulfillment.” (Human Security Unit, 2009, p. 6)

The UN handbook on the topic, records that it is people-centred, multi-sectoral, comprehensive, context-specific, and prevention-orientated. This approach endeavours to be all things to many people, watertight with no large loopholes, and reaches for greater levels of wellbeing for those it seeks to protect. Is it, however, too amorphous and overly ambitious in its intentions? Paris identifies two nations, Canada and Japan, as examples of countries who have differing interpretations of what human security involves, within their own definitions of the term (Paris, 2001, pp. 90-91). The Canadians link it to security from “pervasive threats” to the lives, rights and safety of individuals. Japan acknowledges a more comprehensive interpretation, covering: dignity, environment, poverty, infectious diseases, landmines, transnational organised crime, survival, and violations of human rights. If something means different things to different people, can it be universal?

Human Right: A Battle of Ideas

There is no denying that for many political economists and international policy makers security is more closely linked to notions of war and armed conflict. Generations of these academics and public servants have sought to understand and clarify the issues underpinning international affairs via a narrower lens. Security from the brutal effects of armed conflict and the impact that war has upon the denizens of that country have been at the forefront of sharp minds in foreign affair’s departments and the halls of academia (Cramer, 2002, pp. 1845-1848). It will take some time for the expansion of the security franchise to take hold in the wider community, when it comes to grasping and empathising with the human security approach. Human rights are, as much a battle of ideas, as they are an activity for lawyers and policy makers. It may require generational change before ideas as big as human security are digested by the powers that be and those currently operating under narrower focuses.

Robert Hoag points to a further distinction between proponents of the human security approach and those who favour a rights-based approach (Hoag, 2011, p. 507). The twin concerns of: freedom from fear, and freedom from want, are raised, and disagreements about priorities voiced. Human security advocates are, seemingly, taking matters beyond the strictly legal and judicial framework erected by human rights professionals of recent decades. Speculation about whether conceptions of human security challenge a country’s national security is another issue on the agenda of those who oppose it. Zana Amin encapsulates the argument by declaring that from the human security standpoint individual security is of greater value than the security of the state (Amin, 2016, p. 35). Is human security actually the west’s conception of universal human rights dressed up in new clothes? It seems to pit the individual up against the community again, if it really does prioritise individual security over national security.

A criticism of the human security approach highlights the actions taken by the west in Iraq and Afghanistan, where the US led coalition invaded these countries on the basis of protecting the human rights and security of their inhabitants. Saddam Hussein and the Taliban respectively, were violating the human security of individuals and substantial sections of their societies, according to various governmental spokespersons from Australia, the US and the UK, at the time. The concept of humanitarian intervention in another state’s domain was born out of the events of 2002 and 2003 (Yazdanpanah, 2015, p. 84). The UN Security Council did not sanction the invasion and, yet, the US led coalition went ahead just the same. The ‘so called’ weapons of mass destruction, which Iraq were considered to possess were never found. Following the attacks of 9/11 in the US, the UN Security Council adopted resolutions 1378 and 1383, which authorised a military force, the ISAF, to assist the Afghan Interim Authority in securing the country. The NATO Treaty (Article 5) was invoked and nations like the Netherlands, Germany, Canada and the UK were involved militarily on this basis (van Middelkoop, 2009, pp. 5-6). Australian forces were in Afghanistan from 2001 and remain involved to this day. In Iraq, Australian troops fought from 2003 to 2009 in the Second Gulf War (Corcoran, Sept. 2014). A feature of wars based on humanitarian intervention is their protracted nature, there are never clear demarcations indicating victory and when invading forces should depart. Securing parts of a nation and its population against other sections of the community have been shown to be fraught with complications and danger in these two countries.

Further criticism for the human security approach is levelled on the basis that it is asking or demanding for a great deal and does not prioritise which of the seven human securities is more important. It is more like a wish list than a clearly defined set of principles, for some, like Newman (Amin, 2016, p. 39). Hard nosed security specialists and economists see it as unrealistic and ill defined. However, whenever the bar is raised in terms of expected standards, there are always those who claim those aspirations are unrealistic. Glass ceilings are only broken through by setting higher goals and pushing toward them. One can see a parallel between this human security approach and the wider concern for the health and wellbeing of human beings, which has occurred in the west over the last two decades. We are recognising the value and importance of more than just money and guns in our communities and countries.

The human security approach in relation to development is supported in many ways by the UN’s Millennium Development Goals (MDGs). The UN’s MDGs were launched in 2002 and targeted 2015 as the date to achieve them (UN, Millennium Goals). The MDGs are:

These veritable goals have not been achieved within the defined time frame, but the focus upon them has tightened the intentions and aspirations of the UN’s efforts in their regard. The MDGs have a life post 2015 and continue to direct the UN in their work around the globe. This set of ambitious goals has not been without its critics; indeed, they have attracted a great deal of negativity from multiple sources. Underpinning much of it is their association with failure, in this writer’s view, as we do not like to bear witness to our inability to eradicate something as basic as extreme poverty and hunger. UN Secretary-General Ban Ki-Moon stated the causes of those failures in 2010:

Critics like Van Norren, Maxwell and Bond have accused the MDG framework of promoting short term planning and quick fixes, rather than real structural change (Fehling, 2013, p. 1119). There are parallels in the criticism levelled at the MDGs and the human security approach in that they are both targeted for overreaching and underachieving.

The ‘so called’ Peace Pipeline, which is a gas pipeline in construction from Iran to Pakistan, is an interesting example highlighting human security issues and development (Ajdari, 2011, p. 44). The project was first agreed to in 1995 and, since then, has seen numerous delays and has failed to be completed by the nominated 2014 date. Energy development projects are highly political, especially in developing regions like south west Asia. The fact that Iran is a nation on the US’s Axis of Evil, and the timeline of the project has seen the Iraq and Afghanistan conflicts, there have been international pressures brought to bear upon the project over the last decade. This illustrates the overarching reach of state security concerns over development in regions such as these. It confirms Ban Ki-Moon’s statement about – “Insufficient interest in sustainable development”.

It can be concluded that the human security approach is ambitious in its intentions, when compared to alternatives like the basic needs approach. Critics targeting its lack of prioritisation do have valid arguments, but this in itself is not enough to dissuade me of its pre-eminence over all other approaches in relation to sustainable development. Like the UN’s MDGs, the seven tenets of the human security approach set out an all-encompassing framework. In the mind of this author, it is always better to have too much than not enough, just ask a poor and starving person.