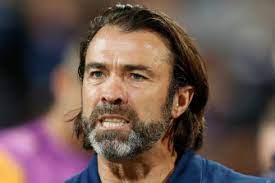 Sport in Australia is akin to a naked fat man in a fishbowl bending over. There is way too much scrutiny of a silly game through the lenses of multiple media channels. Talk of AFL coaches and players facing unreasonable levels of stress and pressure in their jobs is all too real. In this country, we have excessive amounts of media focused on the major football codes at the elite level. It seems, we are a nation that largely ignores the important stuff involving our state leaders and politicians but sweats on sporting minutiae.

Is it too simplistic to say that our population prefer to exhibit their passion around the activities of physical games played on the field because the rules and performances are easier to understand? Sport demands tribal affiliations and things are more black and white in terms of what happens on the field of play. Of course, whilst the masses focus on football rule infringements the pollies are happily manipulating state and property affairs to their own advantage. Too much scrutiny of a silly game provides the perfect smokescreen for endemic corrupt behaviour.

Coaches of Footy Teams Are the Leaders Most Under Pressure

The Morrison government is widely rorting grants and government spending toward electorates held by their own LNP party MPs. Australians, however, are more concerned with their underperforming footy teams and who is to be blamed for this. Coaches in AFL and the NRL are the first port of call for frustrated and angry members and fans. Coaches of footy teams are the leaders under most pressure in this great southern land. Australians, already, hold their politicians in low regard and avoid the murky ponds they inhabit. It is like having a family member involved in some despicable activity and the rest of us look away.

The paedophiles who flourished within the church and charitable ranks for decades in this country. The drug dealers who still make a killing across Australia with police and politicians in pocket. Endemic corruption exists within the lucky country, with its “She’ll be right mate” laisse faire culture. Racism burns bright beneath the white surface of this nation. Black deaths in custody continue to rack up the numbers like a rampant forward line. Women abused and mistreated in all walks of life – even in parliament at the highest office in the land. Where is the focus of most blokes at this time? On the footy field and the sports pages at the rear of the paper. Severe scrutiny burns into the lives of our sporting leaders during this global pandemic. Vaccine failures are par for the course but letting the side down should be cause for vitriol. Come on Aussie lift your focus. Too much scrutiny of a silly game may see you sold down the river. May see your kids working for peanuts in a very unfair country. House prices are soaring to record highs and wage rises remain at record lows. The government running Australia is complacent in the face of injustice and challenging economic and climatic times.