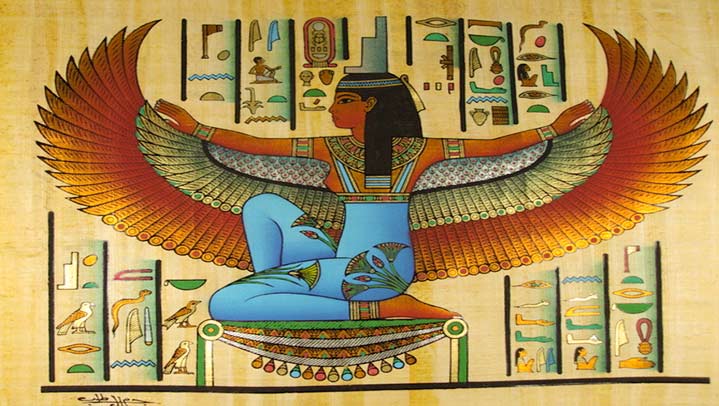 Plutarch, like many writers, told his audience what they wanted to hear. When comparing Plutarch’s account of the Osiris myth, in his Isis and Osiris, with the extant evidence from ancient Egypt, it is clear that the myth was a later development within the narrative of Egyptian religion. The textural evidence from the Egyptian civilisation represents a chronology over some three millennia from the Old Kingdom period up until the end of the Roman period. Egyptologists have found it useful to break up this enormous chronology into various sections; and this essay will analyse the extant information about the Osiris myth within the various established time periods. Plutarch, it is suggested, wrote his version of the myth around CE 120, at the latter stage of his own life. It is also constructive to keep in mind that all historians write in response to the issues of their own age when writing about the past. Plutarch’s reliability in recording the Osiris myth according to ancient Egyptian sources is particularly influenced by this fact. The cult of Isis was experiencing heightened popularity within the first centuries of the Imperial period of the Roman Empire; and this would have made the Osiris myth attractive to an author like Plutarch.[1] His decision to put the goddesses name first in the title may have been a savvy publishing move.

Plutarch dedicates his account of the myth to someone called Clea, who, apparently, was a Priestess of Isis in Greece.[2] Plutarch himself, at this time, was now a Priest at Delphi; and these religious contexts are readily observable within his account of the Osiris myth. They are his motivation for writing Isis and Osiris; he is placing one of the major mythological strands of the Egyptian religious narrative within a wider conceptual paradigm of his own devising. This is strongly influenced by his Hellenism and adherence to the principals and pantheon of Greek philosophy and religion.[3] Plato is woven into this account, and his philosophy called upon to explain several key concepts.[4] Apart from Plato, as a source for Plutarch’s understanding of Egypt, he also calls upon Herodotus to explain folk lore and the etymology of certain words.[5] JG Griffiths, in his invaluable introduction and commentary to Isis and Osiris,  informs readers that Plutarch also drew upon Homer, Hesiod, Simonides, Euripides, Anaxagoras, Aristotle, Cleanthes, Theodorus and Pindar.[6] Plutarch did, also, spend some time in Egypt. Plutarch is writing for a Graeco-Roman audience; and seeking to interpret the Osiris myth within that philosophical mindset.[7] The characters within the story are given Greek names, with Seth becoming Typhon, Thoth is Hermes, Osiris is alluded to be Dionysus, Isis linked to Persephone, and Horus called Apollo by the Greeks. In many ways, Plutarch the writer is taking raw material and moulding it into a story of his own conception, to serve his own ends; reliability and sticking to his sources seem the least of his concerns.

“Osiris was born, and at the hour of his birth a voice issued forth saying, “The Lord of All advances to the light”. “[8]

Plutarch relates that Osiris was born on the first of the five “intercalated” days, which stand apart from the lunar calendar; and he invokes Zeus, Rhea and Cronus in his introduction to Osiris. Diodorus Siculus (90 BCE – CE 30), a near contemporary of Plutarchs, also wrote about Egypt, Osiris and Isis. Diodorus wrote in a similar vein to Plutarch about Osiris and Isis, again for a Graeco-Roman audience, placing their story in the context of the Greek gods, and relating parts of it to Dionysus and the mysteries surrounding this deity.[9]