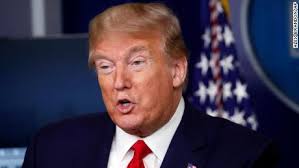 The coming federal election sees a desperate government confabulating an outlandish story on national security and the opposition. The electorate tired of a global pandemic and an incompetent federal government is now faced with lying Liberals manipulating truth Trump style. PM Morrison is running a scare campaign based on the China fear factor in the minds of Australians. Distraction and dog whistling are the strategies of the Morrison government for the coming federal election. Painting Anthony Albanese as a left wing demagog in the mould of Gough Whitlam is a ridiculous American style confabulation. We will see the worse side of politics in this election and those on the right are, already, flinging mud with desperate fury.

“Take me to the April sun in Cuba…..Castro in the alley way….Talkin about missile love”

Scott Morrison’s 60 Minute’s ukulele performance of the Dragon hit from the eighties may in fact be a coded message to the Russians if an analysis of the lyrics is undertaken. Trump, of course, was in bed with the Ruskies, with their investment in his businesses and involvement in damaging Hilary Clinton’s bid for the presidency. This may be a call out to them from the Morrison camp to help take down Anthony Albanese. The Russians are, of course, expert hackers and manipulators of social media platforms via bots and black hats in the shady world of electronic politics. Liberal PM Morrison singing to communist tune in call out to Russians.

Morrison is loudly proclaiming the deputy leader of the opposition a Manchurian candidate. This intertextual reference to an old Hollywood movie may have many younger pundits scratching their heads. Reds under the beds and the McCarthyism era reference are not out of place in this debate, however. Democratic institutions like free elections have always been perceived as vulnerable to manipulation, which is why they do not have them in totalitarian regimes. Digital technologies have thrown up new concerns around the holding of free and fair elections. Fake new on the Liberal electioneering agenda is, it seems, paramount to their chances of winning the coming federal contest.

Lying Liberals manipulating truth Trump style sees the Australian electorate treated as mushrooms. Kept in the dark and grown in shit. The question of whether Aussies are as stupid as their American counterparts will be answered this year at the polls. Distracting the voters with a scare campaign is an old political strategy. The PM has been identified as a liar by the world. Liars thrive on the electioneering hustings. Morrison is all mouth and little action. What will Australia decide on going forward? More of the same incompetence or will they give the other side a go?