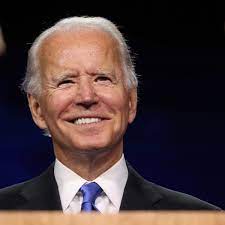 We live in a media dominated age where the outer appearance of things has never been so highly elevated in terms of societal importance. President Joe Biden’s State of the Union speech brought this into stark relief. Politicians have to be models of public relation presentations. It is not enough to have ideas and fire in the belly. Those judging and commentating on the performance of President Biden are most often drawn from the media. Biden’s gaffs and mispronunciations galls these media professionals. Americans, it seems, would rather have acting Presidents who don’t fluff their lines, like President Ronald Reagan. But President Joe Biden’s gaffs demand more of us.

The Americans have a tradition of hiding any kind of disability that their politicians may possess. What does this say about American culture? President Franklin Delano Roosevelt hid his wheelchair from public view and was always filmed unencumbered by any visible therapeutic device. President John F Kennedy was similarly presented as a human being free of any disability but suffered from chronic back pain and a learning disability. In fact, both Thomas Jefferson and Dwight Eisenhower suffered from learning difficulties. Bill Clinton had hearing difficulties (jokes aside this is true). James Maddison was epileptic. Woodrow Wilson was dyslexic. Reagan had hearing difficulties and appeared to be suffering from dementia towards the latter parts of his presidency. President Joe Biden’s gaffs may be bucking this tradition of hiding the truth.

Joe Biden has been attacked by Donald Trump and commentators in the media on the grounds of his mental health status. His fluffed lines are identified as evidence of his unfitness to hold office. The public performance of Presidents are harshly judged by those in the media. We live in a highly narcissistic era, where those in the public eye are examined incessantly by media on many different levels. Many people don’t listen to what is said but rather how it is presented. Audiences often cannot be bothered to dig down into the content of speeches, as it is too much hard work. Dancing on the surface is the default position of most. I am reminded of King George VI, who stuttered badly and had to address Britain during times of war to rally the nation. Those with different abilities ask us to look beyond our usual expectations. Can you see the human being beyond the disability?

The Media Must Develop More Depth

The media, our Greek chorus of this age, echo everything and qualify with criticism the statements of politicians and world leaders. The media enhances and distorts reality to foster public expectations of Presidents as superhumans. Any signs of lesser abilities are magnified as failings and weaknesses. The political realm is home to supermen and not to human beings of all abilities, it seems. Blowhards like Trump are favoured over those without extroverted media capabilities. This leaves us as a society full of skin-deep sincerities and shallow commitments to doing the right thing. Look the part and you can play the part – is the order of the day. However, we are becoming a more inclusive society around the world. People of all abilities are coming out from the shadows to lead a resurgence of inclusion for those previously discriminated against by the majority. President Biden is a sign of positive change in this space. Look beyond the superficial gaffs to the greater message underneath. See the whole human being instead of judging the odd mistake.