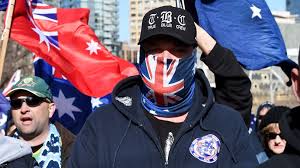 The terms right wing and left wing have become entrenched in today’s political narrative. Historically, the terms have come down to us from the time of the French Revolution in 1789. The aristocracy sat on the right-hand side of the presiding officer. The Third Estate deputies sat on the left-hand side. Since this time, we have had these labels to describe the two main sides of politics. Of course, those who consider themselves better born, the nobility, have had a strong sense of entitlement since ancient times. The Greeks and the Romans were similarly split into two camps of nobles and plebs. The right side is wrong in its assumption that they are the righteous. They assume their right to govern in many instances and accordingly assume entitlement. Similarly, white men assume that they are born to rule over women and those with darker skins. These crazy ideas have been around for a very long time.

A Sense of Entitlement on the Right

Those who identify with right wing politics are traditionally supporters of tradition and the established social order. The New World nations like the United States of America, Canada, and Australia were initially founded as colonies of Britain. European settlers and British soldiers eradicated indigenous peoples from their lands to claim these territories for themselves and their home country. Often individuals on the fringes migrated to these new territories, but quickly established the old power dynamics on these new shores. Women, non-Anglo foreigners, and indigenous people were once again shunted to the back of room. Those who sat at the big table were from the right religion and social backgrounds.

The right have always carried a big stick and enacted might is right policies upon weaker fellow travellers. Fascists keep militia and military close at hand to execute their will upon citizens and denizens of their lands. Today, we are seeing the rise of the far right once again, as we did in the 1930s prior to WW2. People who subscribe to these views strongly believe that they have the right to preferential treatment over those they consider lesser races. White men angry at having to share the pie with foreigners and those with darker skins. They hate Jews, Asians, Muslims, Aborigines, and strong women who don’t know their place in society. The pandemic has brought out the worst in many. Insecurity has pushed aggressive and nasty tendencies to the surface in many individuals. I am reminded of the small child who never learned to share his toys.

Those on the right see a limited prize pool and want the lion’s share. They would rather have much more at the expense of others, whom they consider less than human. Greed is good for white alpha males on Wall St. Democracies have seen far more violence perpetuated by far-right extremists than those on the far left. Guns come to hand more readily for those on the right wing. In America, the so-called Land of the Free, assassinations and bombs are the provenance of extremists. Activists on the left may march and protest but far right extremists shoot to kill. Unfortunately, police and security forces commonly contain members of these far-right groups and their sympathisers. Similarly, the military attracts individuals with these tendencies and attitudes. This is why these groups flourish unmolested by the agencies empowered to protect our communities. Domestic violence is a huge problem in Australia and has been for a very long time. Women have been let down by the police because they traditionally side and identify with men. Might is right remains the main game in town.

The two sides of politics really make up a circle, as both extremes terminate in totalitarianism. George Orwell understood this clearly and wrote about it at length in essays and novels. The Nazi swastika adorns the marches of far right adherents and their hatred of Jews and dark skinned people is well known. Hitler decimated the German communists in his rise to power in the 1930s and his all-conquering armies ultimately faltered in their invasion of Stalin’s USSR during WW2. Thus, these two totalitarian regimes are seen as poles apart but in reality, share more in their brutality and butcher’s bill than most. Orwell’s 1984 illustrated the common themes running through totalitarian regimes no matter their supposed political persuasion. Today, we have the rise of China, which western democracies fear and regularly slander on the basis of human rights transgressions. I sense the strong whiff of racism in many of the condemnations voiced by prominent western institutions and individuals. America, long the home of institutionalised racism against African Americans and their indigenous Indians, bangs on about human rights in the international sphere, which I find hypocritical.

Racism is fuelled by fear and insecurity. The ‘haves’ are afraid that the ’have-nots’ will come and take away their prosperity. The Chinese will invade our shores and millions of them will steal our homes and hurt our families. Jews will steal our money. Blacks will rise up and fight back. Women will want to assume positions of authority. Foreigners will take our jobs. The status quo and the cosy arrangements we have will be toppled by change. These are all irrational fears held by those on the far right. These are promulgated by right wing groups to foster feelings of insecurity within the population. White men are far less certain about their place in society in 2021.

The right side is wrong about a lot of things. Sharing your toys is not going to mean the end of the world as you know it. Helping those less fortunate and correcting power imbalances are actions toward improving the world and not making things worse. Think about it.